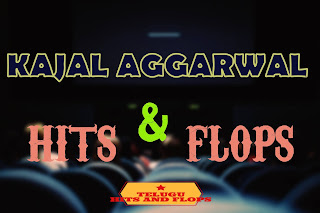 Kajal Aggarwal is an Indian Actress or Model born in 19th June 1985 who acted in various Telugu Tamil and Hindi film Industry & one of the famous highly paid south indian actress with massive fan following. She has very successful career in Telugu film Idustry having an All Time Industry Hit in Telugu in her kitty.
In 2020, a wax figure of Aggarwal was put in plain view at Madame Tussauds Singapore, making it the first of an on-screen character from South Indian film.

Below is the list of Her Hits and Flop Telugu Movies.